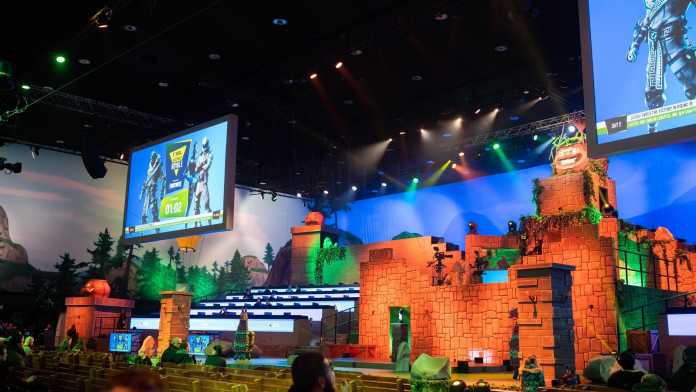 We’re just two weeks away from the biggest tournament this year in Fortnite called Fortnite World Cup. From July 26th-28th, top professionals will battle it out in New York City for a prize pool of $30 million.

How did the players get here? Fortnite held Online Open Qualifiers for players to take part in. These began in April and finished up on June 16th. Each week is a new chance for players to qualify from around the world. $1 million was up for grabs each qualifier, too, adding another incentive to place well.

The qualifiers for Fortntie World Cup, along with the finals, invite players from each server region around the world. Some regions get more representatives than others. Europe and North America East lead the way with 8 and 6 spots, respectively, up for grabs each qualifier event. Oceania, Asia, Brazil, and NA West share the remaining spots.

Not only is there an event for Solo players, Duos also has a qualification process and a final in NYC, too.

No matter how you look at it, each week has been suspenseful and stressful for viewers and fans. And if that’s not stressful enough, Fortnite rolls out patches often, which can make for different playstyles week to week. This also means there’s a chance the World Cup Finals may have different tunings active.

With qualifiers over with, the next two weeks offer time for solo and duos players to practice their play, relax, and prepare for the Fortnite World Cup.

The qualified players include members of major eSports teams. There will be representatives from teams including: Team Solo Mid, FaZe, NRG, and 100 Thieves. There are also some unknown players that have qualified to make a name for themselves.

Epic Games has been fully supportive of their game’s exponential growth over the years. The funding for these tournaments give players a good prize to chase but also show how big of a phenomenon the game has become. These players get to become a part of that and possibly make history for themselves.

Fortnite is global. Now it’s time to see who are the actual best players in the world.

You’ll be able to follow along on Fortnite’s Twitch channel. Check out a montage on Fortnite here.

How To Get Max Wins In Gambit