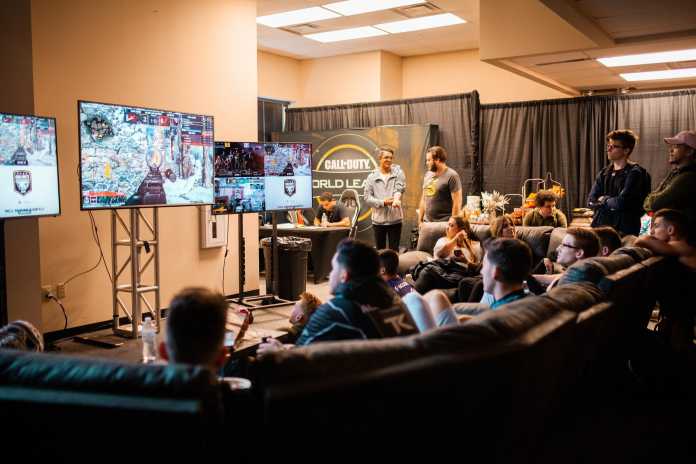 As more and more information surrounding the next installment of the Call of Duty franchise comes out, let’s not forget the new league that Activision has been planning for some time now.

Currently, Activision’s Call of Duty World League pits teams from organizations against each other, all around the globe. It’s been in existence for a few years now. With the rise of eSports and successful leagues across all genres, Activision wants to make a city-based league, too.

As with most introductory things, it has to start small. That’s why Activision plans to roll out a 5-team league and see how it goes.

There’s a sense of hometown pride that you can see in sports. Whether it’s basketball, football, anything, people wear their city’s team colors proud. So why just limit that fanhood to physical sports. That’s exactly why Activision decided to follow Overwatch’s footsteps and build this.

Now fans can support not only their favorite gamers, but their city too.

New York, Atlanta, Dallas, Toronto, and Paris are the lucky contestants to get the league off to a strong start. If it turns out to work well, who knows how many other cities can be added to the mix.

Now adding on the fact that gameplay for the new Call of Duty has been coming out, people are talking. There are nostalgic fans as well as new ones. Modern Warfare looks to be bringing back aspects of the game that people grew up with. A familiar face even made a cameo appearance in the teaser for the game.

There’s no better time to start something than on the back of a new release, especially a popular one. We’ll see if Activision gets the league running in time for the October release of the game. Either way, the game is looking to bring more hype to the franchise, and hopefully eSports as a whole.

With the trajectory that eSports have had in the recent past, it makes sense why big companies are trying to hop in on the fun. You look at Fortnite, Overwatch, League of Legends, and any other major game and you can see the growth they’ve had with the game and their respective fanbases. Prize pools keep growing for multiple games and sponsors are more bountiful.

Black Ops 4’s success, especially with the Blackout game mode, has set up the new CoD for more success. If it can carry the momentum, the league should have to problem getting started.

People love Call of Duty, and they also love their city’s teams. Activision knows that.