Recently at E3 2018, Bioware released a stunning demo from there upcoming epic – Anthem. However, there were mixed feelings about demo among the gaming community. Most probably because many people are skeptical about EA releases since the latest Battlefront 2. However, here at Drimlo, we are highly optimistic and are eagerly awaiting Anthem’s release. Having witnessed the original demo back at E3 2017 running on the latest Frostbite engine, we were immediately captivated. Following Bioware’s journey of Anthem ever since, we have been keeping track of their recent developments. As a matter of fact, we have created our own Anthem demo review. In our review, we break down all the gameplay features known to date, speculation, release date and much more ! Check it out below. 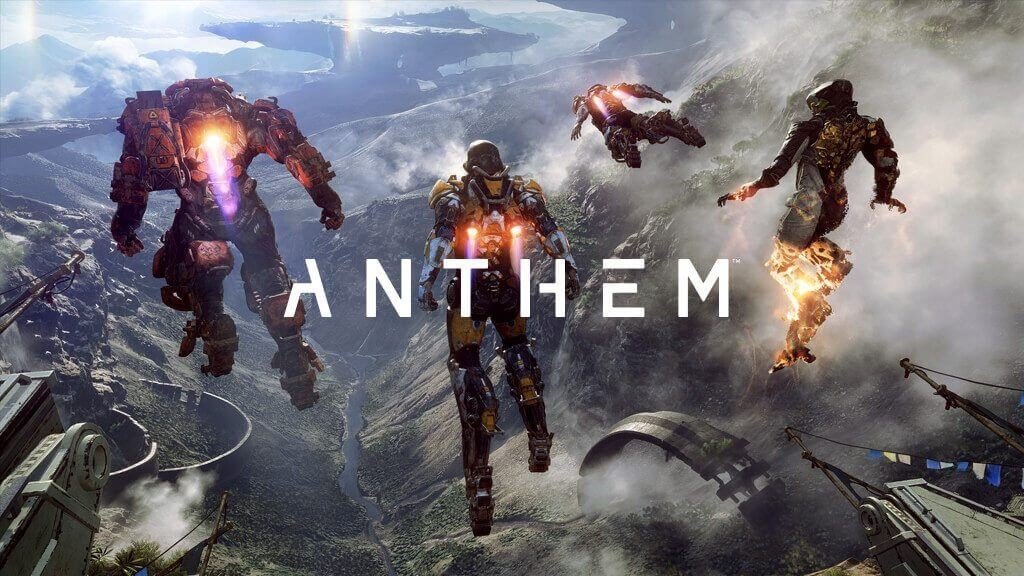 Before we get into our Anthem demo review, and for any of you who may be unaware, the upcoming online multiplayer action role-playing video game is set to release on 22nd of February 2019.

The Good, The Bad And The Ugly of our Anthem Demo Review.

Back in E3 2017, Bioware didn’t give us much to go off other than it was a beautiful upcoming sci-fi shooter. However, since then there has been more Anthem gameplay. In addition, the director Jonathan Warner has been consistently tweeting about upcoming features.

Regarding story details, there hasn’t been much said. As far as we know, you are on an unknown planet shared with three other players in which you take on the role as a group of freelancers manufacturing Javelins. Having said that, these suits will be the core element of gameplay. They will be extremely customisable and will more than likely include a levelling system in which you can gain an advantage over other players. As seen from the Anthem demo review at E3 there will be various alterations of this exosuit. Your standard exosuit will be called a Ranger. In addition, there is another exosuit called the Colossus. Which is essentially a more heavily armoured Javelin. And finally, the last two that we know so far are the Interceptor and the Storm. From the demo, it appears that they both can wield a sword.

While your day job may be freelancers working on exosuits. From the demo appearing at E3, it also seems to be that you will be fighting off ruthless marauders and savage beasts.

The game will blend both a single player narrative and multiplayer into one world. Going forward, this seems to be the trend EA is setting with most of their upcoming titles.

Feel free to share your thoughts, excitement or skepticism on upcoming release of Anthem in the comments !