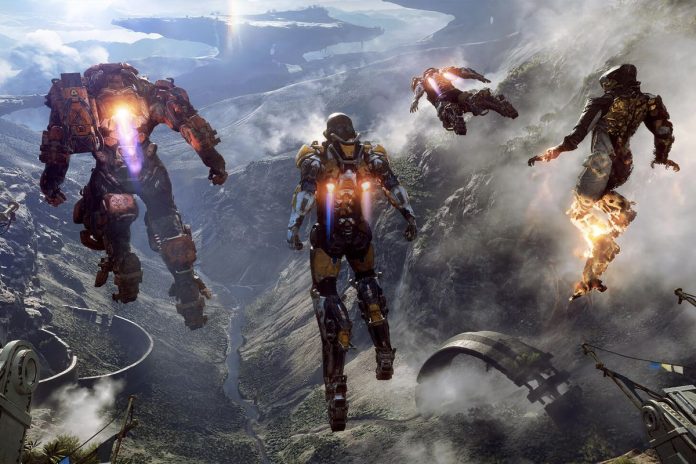 Anthem is an upcoming game from Bioware that is slated for release on Feb 22 2019, and it does take a very interesting spin on the Destiny gameplay that a lot of people seem to enjoy. It is a shared world shooter where players basically become a part of the same world and they have to complete tasks. They can do that either on their own or by playing with up to 3 other people if they would like to play in cooperative multiplayer environment.

There are 4 major classes, with more coming after release. There is Ranger which is great for close quarter combat, the Colossus that comes with a heavy, slow approach and massive weapons. There is Storm which is a mage-like javelin that wields a sword. Similarly, there is Interceptor, it is very agile and can wield a sword, however, it also has a focus on rogue abilities.

There is not a lot of info regarding character customization as of yet. But what we do know is that there will be chests and micro-transactions focused on visuals. However, Bioware mentioned there will be free visual customization options. You can customize your javelin if you want and that can bring in front some rewarding results.

Just like any other shared world game, Anthem will have regions with a lower difficulty and regions with a higher one. Also, the difficulty is said to scale based on what experience levels you have in your group, which is very important to keep in mind.

Looting in Anthem will require you to kill enemies first. But once you do that, you will have multiple colors that will decipher the loot system. It is unclear what colors are the best and full of legendary items, however there will be sets and incredibly powerful loot just like in any type of loot-based game.

The javelin stats influence most of the damage that you can do, which is why you need to make sure that you improve your javelin at all times. You can also do combos by layering multiple status effects into all of this. You will have a melee weapon on the javelin just in case, regardless of what class you want to use.

Anthem’s level system is interesting. The javelins will level up and you can add new mods and gear on them. The pilot will also have their own levels, and that will buff the ability of the javelin that they plan to slide into.

Anthem does feel like a very rewarding, loot based game. Bioware indicated that a demo for the game will arrive a weeks before the game launch, so if you are a fan of loot based shooters, you will find this one well worth your time. And since it is a Bioware game, a lot of people expect a beautiful, lore-rich experience!