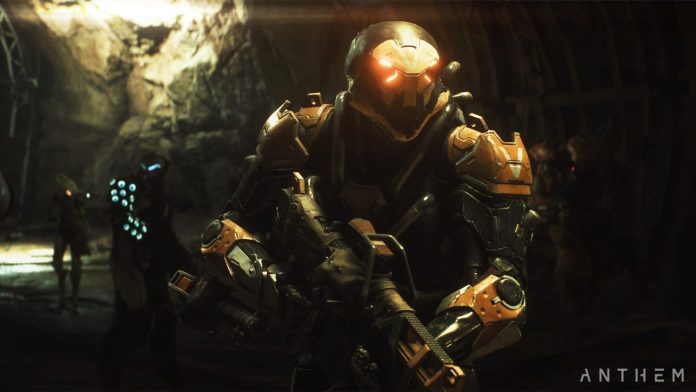 Anthem is set to come on Februrary 22, 2019. EA and BioWare have already hosted several streams to show off the game’s features and mechanics before its release. Loot is the best feature gamers are waiting to take advantage of with this release. After learning a lot from this nearly hour-long stream, we have collected some highlights to share. Here are some things to note:

Just like Destiny 2, Diablo 3, World of Warcraft and 12 more loot-based RPGs, this game will possess the rare system divided by colors. The items are divided into the designations; common, uncommon, rare, epic, masterwork and legendary. The masterwork and legendary are the most identical, although legendary is slightly better stat-wise with some extra minor effects called inscriptions. If you have played Diablo 3 before, you will notice that legendary and masterworks are ancient gear. All the high tiers have special names and perks associated with them only.

All of them have high power levels when they are dropped, which denotes how strongly they will be in your arsenal. Just like you experienced in other previous related games, they add up to your overall success and power level. This is the gear score, which is also an average of all the equipped gear put together. A high gear score means a high rarity of your javelin. For example, a gear score of 225 on Colossus makes it rare while at 433, you attain legendary, which will be used to communicate and gate certain difficulty levels for players.

Much like Diablo 3 or Tom Clancy’s The Division, every piece of gear in Anthem has many inscriptions on them. These are the small bonus effects, which consistently grow more powerful with the higher power level on your item. These means more numerous basis on the rarity, and they add bonuses to specific things such as a percent rise to your flight time and how much of ammunition you need to carry.

Most of the common items do not come with inscriptions, while uncommon ones have one, and legendary pieces of gear have five inscriptions. All the bonuses are additive and may impact your play style pretty directly.

If you are a Destiny player, you should find the term ‘random roll’ familiar. It is a group of perks, which come differently every other time as you acquire the same weapon. Anthem comes with some similar features too. For example, while the weapon-specific features such as the perks on masterwork weapons, come the same each time, the inscriptions, as well as stats, are likely to roll differently every time you acquire a weapon. This provides players with the perfect incentive to find their favorite gun to make the most use of their style of gameplay considering the appropriate attributes.

What makes Anthem unique is the combos. The pieces of gear come with their different properties. For example, some of the weapons are primers. This means you can coat your enemy in an element outside of other available detonators. This causes primed targets to be combo’d meaning the enemies can be captured, primed and detonated even by your teammates. You can also do it alone, which means the more Javelins you have, the more explosive the results will be.

The type of javelin you use will determine how the combos work. For example, for Rangers, executing a combo will result in a high single target damage. If you have played Colossus, you will be familiar with the action of a combo causing the target to explode and deal area damage. Taking advantage of the Storm, the player can combo the enemies to make the element they’re primed with a chain to the nearest allies.

The designers of Anthem chose to separate cosmetics form the latest gameplay since the Javelins are already pre-built. This means that the actual gear pieces will not be seen on the Javelin’s exterior as usual. Instead, the components will work similarly to trinkets or rings in games such as World of Warcraft and Diablo 3.