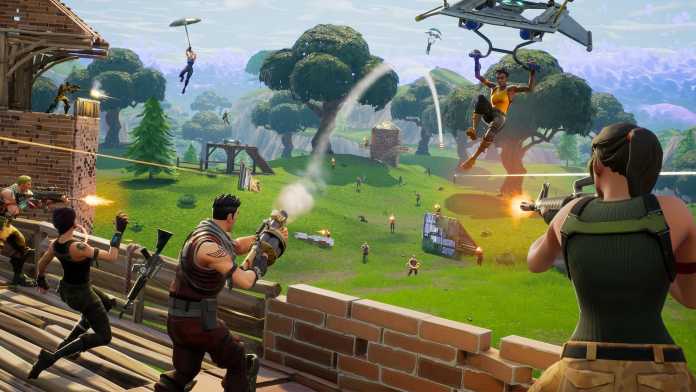 Epic Games is always trying to mix things up in their shooter game Fortnite Battle Royale. And this time around, they are coming in with a new set of themes and ideas as well. Fortnite Season 5 is named Worlds Collide, and you have a variety of things from both the future and the past. We at Drimlo believe hat Season 5 is going to be a great hit among Fornite fans. Here is a quick review of Worlds Collide.

Season 5 – World Collide is running from July 12 to September 13, with the next season coming right after that. Just like the other seasons, the battle pass per season is $9.99. You can easily upgrade the characters as you play and enjoy the experience in meaningful ways.

As you can imagine, there are lots of new skins offered here and they also include some mini games too. Epic Games has added quite a lot of ball types in this season and the mini games. There’s also a new all terrain kart, a vehicle that a lot of people requested for the game. And it does make a lot of sense to get this type of vehicle, as it works quite nicely and it delivers outstanding features without that much of a hassle.

There are some changes to the map too. They added a desert biome at the bottom right of the map, a biome that’s simply stunning and unique in its own right. It features a multitude of unique places for you to check out, and it’s just one of those things that you will enjoy visiting and exploring over and over.

What skins can you expect? You have Sledgehammer, Redline, Huntress, Rook and Sun Strider. These are some really interesting skins, but in the end they are quite a lot of fun to explore and enjoy here. A thing to note is that the storm circles move in the later stages. They don’t just vanish. As a result, that brings in a sense of complexity to the experience, which is super exciting.

There are still rifts that appear on the map, and instead of sucking elements they are eating you and you get to be dropped back on the map randomly. It’s a nice change of pace and it definitely offers a very distinct and fun perspective when it comes to stuff like this.

When it comes to the third week of challenges for this season, your focus has to be on exploration. The new challenges are set to be released July 26. The idea behind them is that you will need to explore the map and also shoot enemies with a variety of weapons. It is a very distinct and rather exciting approach to have, especially if you are a fan of hands on combat. This week will also let you focus on using multiple types of different weapons instead of a single one that you have to master.

All in all, Fortnite is a great shooter game and the new season’s approach is exciting and fun. You should consider playing Fortnite Season 5 – Worlds Collide now, the game is free and fun as well. So just consider giving it a shot as much as you can !

Let us know how do you feel about the upcoming season in the comments !

Also, check out an article on how to get better at Fornite Battle Royale with Ninja settings on PC.