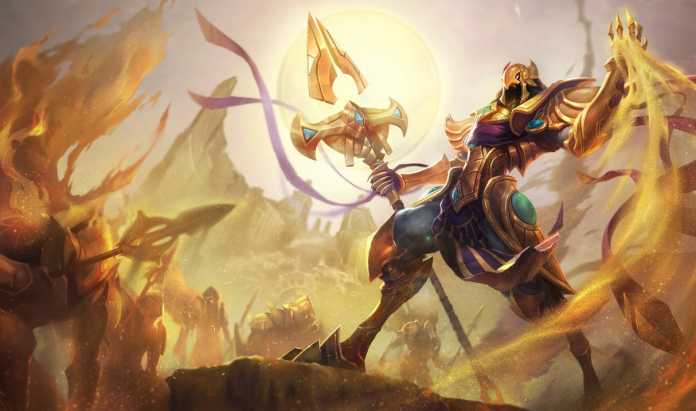 The Covid pandemic destroyed a lot of industries, but it seems that some tend to thrive, and gaming is definitely one of them. League of Legends is already a game that’s over 10 years old, so you wouldn’t think a ton of people would still be interested in it. Yet the game is still going strong and apparently April was the best month yet for the game.

League of Legends has apparently reached a peak when it comes to the number of players, with more than 80 million players active during the month. Not only that, but there are around 2-3 million people playing at any given time, which is extremely impressive for the game itself. People love this type of game, and League of Legends continues to amaze people with new content and a lot of cool new features. All of that certainly adds up to deliver a very rewarding and powerful experience for all players.

Even if Riot isn’t really the company to share names, estimates state that around 90 million people played the game in April, maybe more than that. And it’s easy to see why, with a lot of people stuck inside due to the quarantine, tons of people started to play games and League of Legends is a great competitive title. It’s easy to see why a lot of players gravitated towards it, and it’s one of the more rewarding and enticing experiences.

The main point to notice is that the game reached the highest revenue since 2017. So not only are people playing the game like crazy, but they are actually spending tons of money in the shop too. It’s easy to see why they would do that, it’s a great way to support a free game and the game only has cosmetics to pay for, nothing that would bring us an advantage in the game. That’s why it makes sense to do that, and League of Legends certainly got to bring in quite a lot of players on board with this price model.

What can we expect in the future for League of Legends? There are lots of rumored heroes already, and League of Legends continues to bring in fixes and balances. Nothing major is on the horizon, especially with the release of Valorant. But we can expect more people to start playing it.

We will see how much Valorant will affect the player numbers and revenue in League of Legends. But it’s clear that Riot is trying to bring in tons of new players to their games. Whether they will transition from one game to the other, that’s hard to see. It’s still nice to see that there are options, and League of Legends continues to be even better than ever before.