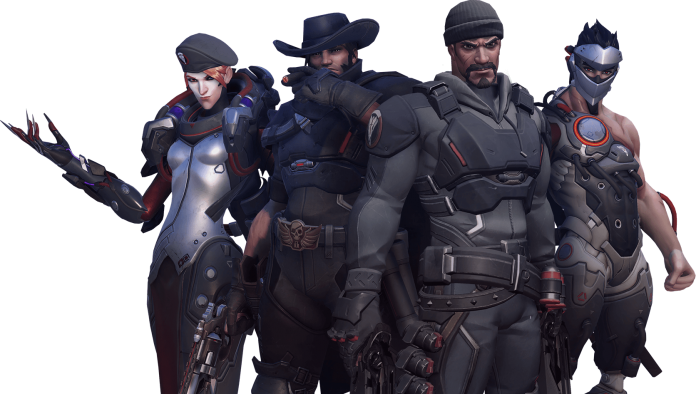 The Game of the year 2016, Overwatch is a multiplayer hero-based shooter in which 2 teams compete with each other to complete every objective the maps asks them. Some people might think that this game is class-based, no it’s more like hero-based, Mercy and Lucio are both are healers, but both have a different way of playstyle. Hanzo and Widowmaker are snipers, but playstyle is different. Each hero is unique in its own way. The abilities, weapons, and ultimates that hero has been exclusive only for it.

Overwatch League is the official professional tournament for Overwatch. Between 2015 and 2016, Blizzard observed that players are looking forward to tournaments for the game. Players were already playing in different local tournaments. So, Blizzard’s director of research thought that what if Blizzard leads setting up these competitions. Blizzard started working on development for the Overwatch League as soon as possible. They even added some new features in the game, such as ranked games to see which player stands where. It also created the Esports team organizers to shortlist players.  In October 2016, Bobby Kotick, Chief Executive Officer of Activision Blizzard, mentioned the Overwatch League and described how it could change the whole gaming experience. The announcement of The Overwatch League was made at November 2016 Blizzcon. The franchised teams that hire Overwatch players to compete in the tournaments will be provided with salaries and benefits to help them develop into better competitive gaming teams for tournaments.

The season starts with a before-season play, then comes the regular season which is split into 4 stages and after the post-season knockout matches to see which team becomes the champion. Every regular season stage is five weeks long. Teams play almost 28 matches playing teams from their division and also from other divisions.

Overwatch is a 6 vs. 6 squad-based first-person shooter game. The main goal of this game is to eliminate opponents or defend a mission. Players have to choose from the game’s roster, which has thirty different heroes with their own unique abilities. They play four games with different map types or even the same map that is decided before the games. The format is the same as a normal competitive game in Overwatch. Overwatch league matches are played on lobby (custom), which are managed by Blizzard. This server can also be used if the League players want to play skirmishes. All updates of the main game are available in these lobbies once they are approved as stable updates.

The teams of the League can keep 6 substitute players that they can swap during matches. You can’t sign any player at the beginning of the season, but the market is open during mid-season when you can sign up any player you want. All the players who are still not signed join the free agency so they can talk with teams to join their roster. You can sign any player from any country you want. There is no region-lock concept in the League. The only thing that matters is that the player should be over 18 years old and can travel to different countries. League players are paid a yearly salary when they are playing for a team. In their very first year of the league, the salary was set to minimum $50,000 by the League. League players also have other benefits like medical, retirement benefits, etc.

This team represents New York, the USA in the League. This spot is owned by Jeff Wilpon, the Chief operating officer of the New York Mets, the baseball team.

This team represents Hangzhou, China in the league. The owner of this team is Bilibili. It’s an online entertainment company in China.

This team represents Vancouver, Canada in the league. The owner of this team is the Aquilini Group. It’s a family business; they are also the owner of the Rogers Arena in Vancouver and NHL’s Vancouver canucks.

This team represents Paris, France in the league. The owner of this team is Drew McCourt, who is also the owner of DM-ESports.

This team is one of the two teams that represent Los Angeles, California, the United States in the league. This team is owned by the founders of KSE Esports and many other sports franchises. The team owners turned to Sentinels organization to help run the team.

The Overwatch League 2019 regular season is underway. It started on Feb 24 and will end on August 25, 2019. The location of this event in Los Angeles. The Overwatch Contenders is also an active event right now. It has already commenced in Australia, Pacific, South America, and Europe. In the other four regions, North America East, North America West and South Korea, it will start in May 2019. And, for China, it will start in the mid of March 2019. The Tournament of Future Champions is also going to start on March 30 and 31 for North American and Europe teams.