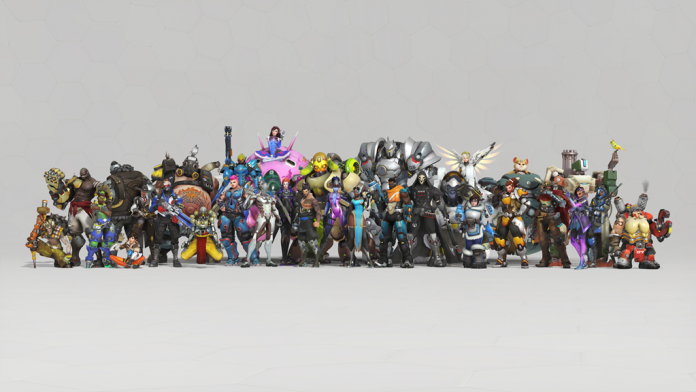 Online gaming has grown exponentially in recent years. With games like Overwatch, global communities have sprouted up. Overwatch’s own community is now large enough to have a World Cup competition with a rewarding prize pool (last year’s totaled at $488,000). International competitions are some of the most watched contests in all sports. It’s primetime entertainment as the best in the world go at it.

Last year’s competition crowned South Korea as world champions. China placed second and Canada came in at third place. The teams played best-of-five series in the quarterfinals, semis, and bronze match, whereas the final was a best of 7.

South Korea went unbeaten during their campaign as they swept Australia, the United Kingdom, and China. Like any World Cup in sports, players come from different teams to compete together in honor of their country. South Korea had players from the Seoul Dynasty, London Spitfire, Philadelphia Fusion, Los Angeles Valiant, and the New York Excelsior.

This year’s WC will be held in Anaheim, USA on November 1st-2nd. Qualifiers are held to trim down the pool of teams that get to go to the final tournament. It truly is a test of skill at the highest level.

Although it isn’t necessarily an event, the OWL is the most followed campaign in Overwatch. The best teams in the world constantly fight for the crown. The entire journey spans from February to September, culminating in Philadelphia, USA, this year.

Broken into stages, the OWL has four stages of the season, with 5 weeks in each one. This allows for more games, rest, and entertainment. Last year, the Grand Finals awarded the London Spitfire with the ultimate prize. In total, 3.5 million dollars is the prize pool across all four stages, with a bonus $1,000,000 prize at the end of the season.

Outside of the World Cup, this is literally the biggest tournament in Overwatch. It’s the league that all aspiring pros want to get to, and it’s the league with the most money. Twitch is a fantastic way to follow along with the league and miss out on as few games as possible. 2018 Was the inaugural season for the league and the hype will continue to go up each year.

In addition to the Overwatch League, there are Contender series  sprinkled throughout the season, featuring some of the best talent in the game. The pool of players includes new talent and old. Players can impress Overwatch League teams with the hopes of being picked up.

There are Contender leagues in multiple regions across the world. Each region has its own prize pools and events for teams and players in that area. There are trials in each region as well as a regular season, and playoffs. This is the step below the Overwatch League (OWL), but offers more entertainment to follow along with during the year.

Korea’s event takes the cake for most electrifying of the Contender series. After coming off a World Cup win as well, it’s no surprise that Korea can host some serious competition. And although this tournament doesn’t count towards the Overwatch League, it does draw an audience and elite gameplay.

Although it is not a World Cup, this is the closest thing to it. As stated above, the Contender series is a year long schedule that pits teams against each other in their respective regions. With that said, the PAcific and Atlantic Showdowns offer a chance for teams in North America to play teams from across the water. The East coast plays against the European teams and the West coast plays against the Asian teams.

This is the ultimate test of teams below the threshold of the OWL. These two events prepare for the Gauntlet which is the final tournament of the Contender series. Placing well in these showdowns help save and earn spots for your region in the Gauntlet. Conversely, doing poorly results in loss of spots. Winning a tournament like this can pave the way for players into the Overwatch League scene.

Both showdowns are held in late May.

Each match can be considered an event for the teams involved. Something as minor as a trial or qualifier could be the biggest game for any team. Overwatch has grown to become one of the most popular eSports and breaking into the top level is harder each year. More and more players enter the community, and existing ones get better. Practice, patience, and teamwork is what’s needed to succeed out there.

How To Get Max Wins In Gambit